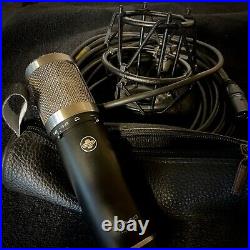 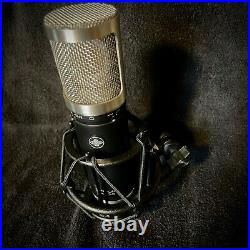 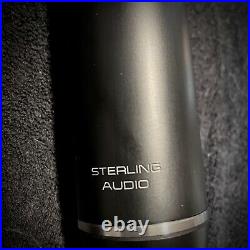 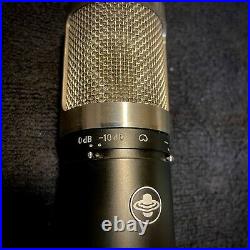 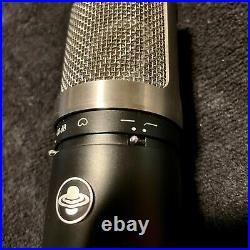 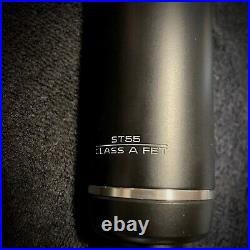 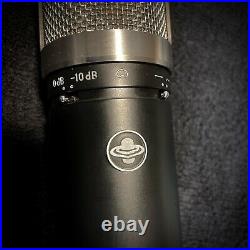 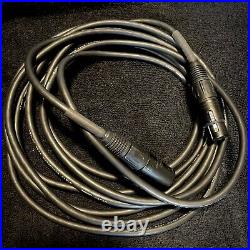 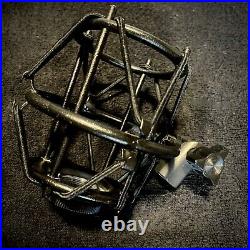 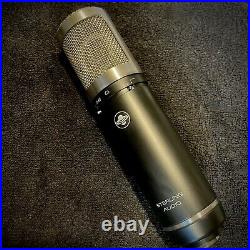 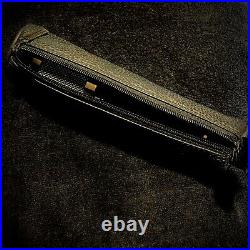 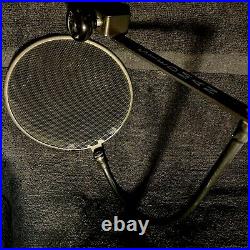 The ST55 mic is built with an exclusive process that extends high frequencies and improves details and depth on both vocal and instrument recordings. The FET Class-A electronics provide smooth, warm sound.

Sterling Audio microphones employ several advanced technologies that separate their large-diaphragm condenser mics from the rest of the pack. One of the more important advancements is their Disk Resonator system. With it, Sterling Audio is uniquely able to compensate for the 14kHz frequency roll-off that is inherent in large diaphragm mics. As any good audio engineer knows, this deficiency translates to a lack of sparkle from high-frequency sound sources. Other manufacturers have typically solved this problem by cutting other frequencies and then increasing the entire signal to help even out the frequency range.

Unfortunately, this results in increased noise. Disk Resonator Technology incorporates a brass umbrella that protrudes from the center of the diaphragm in Sterling Audio's ST55 microphone. It gently boosts the diaphragm sensitivity to shorter sound waves, allowing it to respond more accurately to those all-important higher frequencies. The result is optimal sensitivity, full frequency response, and a low signal-to-noise ratio. Another piece of audio wizardry comes in the form of the ultra-thin diaphragm membrane made of Mylar.

While most modern condenser diaphragms are 6 to 12 microns in thickness, Sterling Audio, in association with 3M, has produced a highly resilient Mylar that measures a mere 3 microns. This allows the ST55 to deliver an extraordinary degree of sensitivity. Disk Resonator design extends high-frequencies naturally.

The Stedman Proscreen XL is a professional advanced pop filter for all vocal applications. Made from an exclusive patented material that eliminates pops far more effectively than fabric filters, the Proscreen XL allows unobstructed passage of high frequencies helping to maintain the important detail in vocal recordings. In addition to its sonic advantages, it can be easily washed between sessions. Signal levels can be maximized without the risk of clipping caused by bursts (extremely important with digital formats). The Proscreen XL has a large 6" diameter screen with rubber bezel and includes a 13" flexible gooseneck with an extended adjustable clamp to allow easy adjustment and placement.

The angle of the large louvered openings in the Proscreen XL material allows sound to pass while diverting air bursts from vocal pops in a downward direction out of the back of the screen. Even extremely dynamic close vocal work will not allow bursts to reach the microphone. Universal shock mount for Sterling Audio ST55/ST66 mics. The STSM4 Shock mount is specially designed for the Sterling Audio ST55 and ST66 microphones. Also fits all mics with similar diameters (2.5).

The item "Sterling Audio ST55 Mic With Cable, Case, Mic Case, Shockmount & Pop Filter" is in sale since Thursday, July 22, 2021. This item is in the category "Musical Instruments & Gear\Pro Audio Equipment\Microphones & Wireless Systems". The seller is "jbhwordsmith" and is located in Coeur d'Alene, Idaho.

This item can be shipped worldwide.