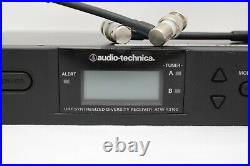 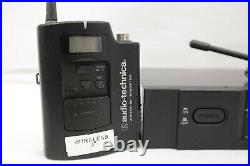 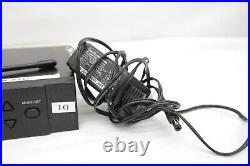 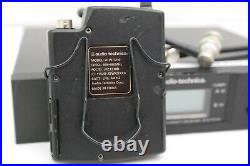 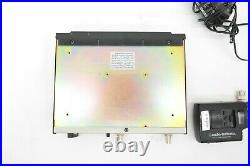 Used condition, may have scratches or scuffs from use as well as stickers or tape. We have multiple units and you will receive the best available unit.

The unit may need further cleaning to your desire. The FCC has provided for a transition period of up to 39 months to allow wireless microphone operators to obtain new equipment and transition out of the repurposed 600 MHz service band (617-652 MHz / 663-698 MHz).

During the transition period, which ends on July 13, 2020, these operators may continue to access the spectrum that has been repurposed for 600 MHz service licensees under certain conditions. Specifically, wireless microphone users may operate on the 600 MHz service spectrum only if they do not cause harmful interference either to the existing broadcast television operations (which also must cease operating in the band no later than July 13, 2020) or to the 600 MHz service wireless licensees' operations in the band. Wireless microphone users also must accept harmful interference from those broadcast television and 600 MHz service licensees. See FCC 15-100, FCC 15-99, FCC 15-140. Wireless microphone users, whether licensed or unlicensed, may continue to operate on a secondary basis in the bands that continue to be available for, and used on a primary basis by, broadcast television (TV channels 2-36).